A special movie focused on the bonds of characters in GUNDAM’s series.
This movie is composed of many impressive scenes from the series so that it will be an opportunity for visitors to deepen their ties.

A special movie which shows famous scenes of 22 titles from the past to the latest Gundam series. The song "THE BEYOND", produced by SUGIZO and composed by LUNA SEA, was made for the 40th anniversary of Gundam. Powerful MS fighting scenes and unforgettable character scenes were selected. The Unicorn Gundam Perfectibility also appears in the movie.

Cage-Mobile Suit Gundam UC written by Mr. Hiroyuki SAWANO as the theme song for "The Life-Sized Unicorn Gundam Statue". That world view remains the Gunpla "Unicorn Gundam Gold Coating Ver." has been newly released for a limited time at "THE GUNDAM BASE TOKYO". This is a WALL-G exclusive special movie program that can only be seen here.

A new movie in which the Gundam part is reconstructed with 3DCG while keeping the original atmosphere, to the opening song of "Mobile Suit Gundam" that broadcasted in 1979. Unicorn Gundam is set in the same Universal Century as the 1st Gundam and is a work that is conscious of the connection of the world view. This movie was created for fans nostalgic for classic Gundam, but it also appeals to new generations of fans.

To the Rinkai Line timetable

To the Yurikamome timetable

What is Unicorn Gundam?

"Mobile Suit Gundam UC" is a new chapter of the story set in the "space century" continued from "Mobile Suit Gundam" produced by Sunrise since 2010. "Mobile Suit Gundam" was originally a novel written by novelist Harutoshi Fukui.
Set three years after "Mobile Suit Gundam Char's Counterattack", the main character, Banagher Links meets a pure white mobile suit, "Unicorn Gundam", and survives the war between the Earth Federal and the Neo Zeon remnants known as the Sleeves. The profound story and attractive characters, as well as Hajime Katoki's mechanical designs have been widely accepted by Gundam fans, and has become a huge hit selling more than 3 million copies of novels, 1.9 million copies of Blu-ray & DVD in total, and over 1 million paid distributions.
[Official Website] http://www.gundam-unicorn.net/ 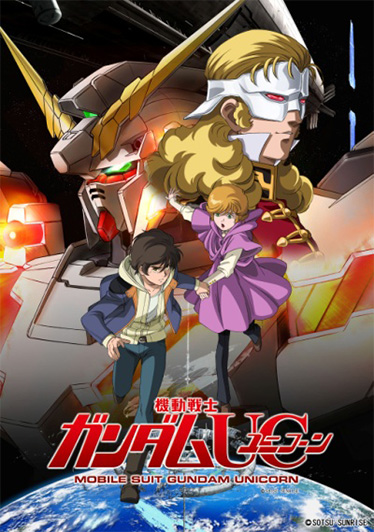